Translations are provided according to the linguistic ability of the readers. We try to translate everything that is not a common term (perestroika and glasnost are examples of common Russian terms). This is because the typical SEEJ reader will know certain but not all Slavic languages. An article might concern, for example, Russian literature—some readers will be interested in the literary content but not have a knowledge of Russian.

Maiakovskii names Pushkin’s fairy tales as the only texts that workers and peasants do understand: “Seichas vsem poniatny tol'ko prosteishie i skuchneishie skazki o Saltanakh da o rybakakh i rybkakh” (“Now everyone understands only the most simplistic and the most boring fairy tales about the Saltans and about the fishermen and the little fish”) (166).

Maiakovskii names Pushkin’s fairy tales as the only texts that workers and peasants do understand: “Now everyone understands only the most simplistic and the most boring fairy tales about the Saltans and about the fishermen and the little fish” (“Seichas vsem poniatny tol'ko prosteishie i skuchneishie skazki o Saltanakh da o rybakakh i rybkakh”) (166).

The Civil War presented the poet with the “social order” (sotsial'nyi zakaz) to apply his poetic and artistic skills to political agitation in his ROSTA posters.

Published translations must be cited

Authors providing their own translation should so state, in parentheses following the translation, in a footnote, or in introductory material.

Footnote early in article: ² Unless otherwise noted, all translations are my own

Brackets are used to translate a particular term within a quotation

According to Müller, "there is a distinct differences between society [Gesellschaft] and community [Gemeinschaft]" (46).

If a foreign word becomes familiar through repeated use throughout a work, it needs to be italicized only on its first occurrence. If it appears only rarely, however, italics ought to be retained.

The first use of the term lubok:

While marketing cheap goods to peasant workers, several tobacco manufacturers adopted the form of a lubok or chapbook.

Later in the piece, the term remains italicized.

Various avant-garde artists worked on resurrecting the lubok in the early twentieth century.

Use of Cyrillic and Other Non-Roman Alphabets

Providing the original Russian/Ukrainian/etc. (without transliteration) is acceptable for block quotations (block quotations should be used if a quotation is longer than three lines). Instructions to the typesetter are provided in the example below show where the extract begins and where there should be a space between the original and translated paragraphs.

NOTE: If you use a block quotation for translating a paragraph, the original language comes first followed by English. The citation comes after the English at the very end of the quotation in parentheses.

This parenthetical citation should be outside of any periods, exclamation marks, question marks that are part of the quotation and there are no punctuation marks after the closing parenthesis.

See the example below:

We have a [Ukrainian] saying: “He gads about like Marko in hell.” Therefore, our folklore should have a legend of some sort about Marko’s wanderings. I searched for it for 30 years, putting it together piece by piece, and have gathered some material. (Storozhenko, “Lysty” 563)

When referencing the title of a work in a foreign language, there are a few things to keep in mind:

1. Translate the Title into English and put the translation inside parentheses.

2. Unless the work is a worldwide classic (War and Peace, Crime and Punishment, etc.) it is helpful to the reader to include the year the work came out after the title and separated by a comma

3. After this introduction, refer to the work by its English title throughout the rest of the manuscript

Note: If you introduce only the English title, put the year it first appeared in parentheses:

Greene depicts the breakdown of French colonialism in Vietnam and early American involvement in the Vietnam War in The Quiet American (1955). 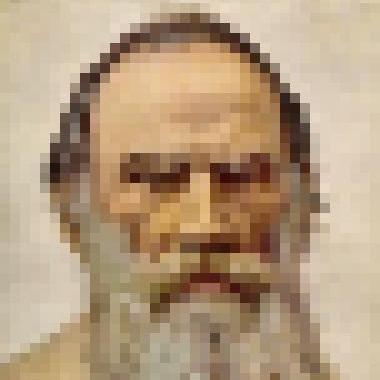